Ninety was violent and strange but I was really in love with them at the time. They were obsessed with dead things and would bring around flattened snakes and turtles with shells cracked open like shattered skulls. They claimed to have found these animals, but I knew they killed them. They were a good liar but only from a distance, charismatic with acquaintances in that way that liars are. People followed them around, myself included. They had a whole landscape within them, everything happened to them and if you were with them it felt like it happened to you too.

I didn’t find out Ninety was sick until one night they kicked me hard right in the spine. At first, I thought they were trying to kill me too. I’m ashamed to admit I was relieved. I knew we were going to part ways sooner rather than later and it was going to leave me all kinds of fucked up. It seemed easier to just die right there next to them like a rabbit with a snapped neck and never even know what hit me. I rolled over to find them writhing stiff with their legs contorted around them. Their jaw was locked so tight they couldn’t speak. I didn’t hold them because I didn’t think they’d want me to.

Ninety had a neuromuscular disorder, I can’t remember the exact name, I don’t even know if they told me. It caused these intense spasms and circulation loss that were slowly wrecking their body.

“My nervous system is trying to strangle me from the inside.” They said.

We were walking along the beach, stepping over washed up Portuguese man o’ war. I had to stop because I felt nauseous listening to Ninety. They rubbed my back.

“You can puke, but please don’t fucking cry.”

There was one day near the end when we drove far out into the sticks in Ninety’s old truck. They got evicted from their house for putting used needles in the shared kitchen trashcan. Prescription sharps, they said, but the landlord didn’t believe it. The truck was the only place to have sex or sleep really during that rainy spring. When the asphalt fell away we glided on mud. Ninety was ecstatic. Hypnotized.

Their fingers fit around me like a second ribcage. You don’t realize you’re missing bones until someone replaces them. They had this grin like a hurricane that drew me in and I didn’t eat or drink or do anything but mirror Ninety so long as they were looking at me.

“You know I got your back,” I said as we were rolling onto the asphalt again.

“You ever notice how inconsistent the width of the shoulder is?” They said.

I reached for Ninety’s shoulder. They pulled over abruptly and stopped short. We nearly smacked our heads on the dash. They pointed at that painted white line that separates the road from everything else.

“See, look, the shoulder is like two and a half feet wide here but over there it gets narrower, six inches maybe.”

“Right, but it still affects you. Like, it’s dictating these little minute things about the way you move through the world and you don’t even know it.”

Ninety grinned but not the same grin as earlier.

“You ever think that maybe you don’t like me.” Ninety said.

“You ever think that maybe you just want to be me.”

“I try to empathize with you so I can support you, I guess.”

When Ninety was in the hospital that last time I went down to the beach by myself. The man o’ war were out in force, unprecedented amounts. There were signs on the pier warning tourists about their venom. The signs called them jellyfish because that’s recognizable, but they’re actually colonies of tiny codependent animals. Clinging to each other, clinging to their jellyfish mask.

I sat in the surf. The waves sent a man o’ war my direction. It missed my leg on the way up, but as it tumbled back down it brushed my thigh and I let it.

Recipient of the 2019 Henfield Prize awarded by Columbia University 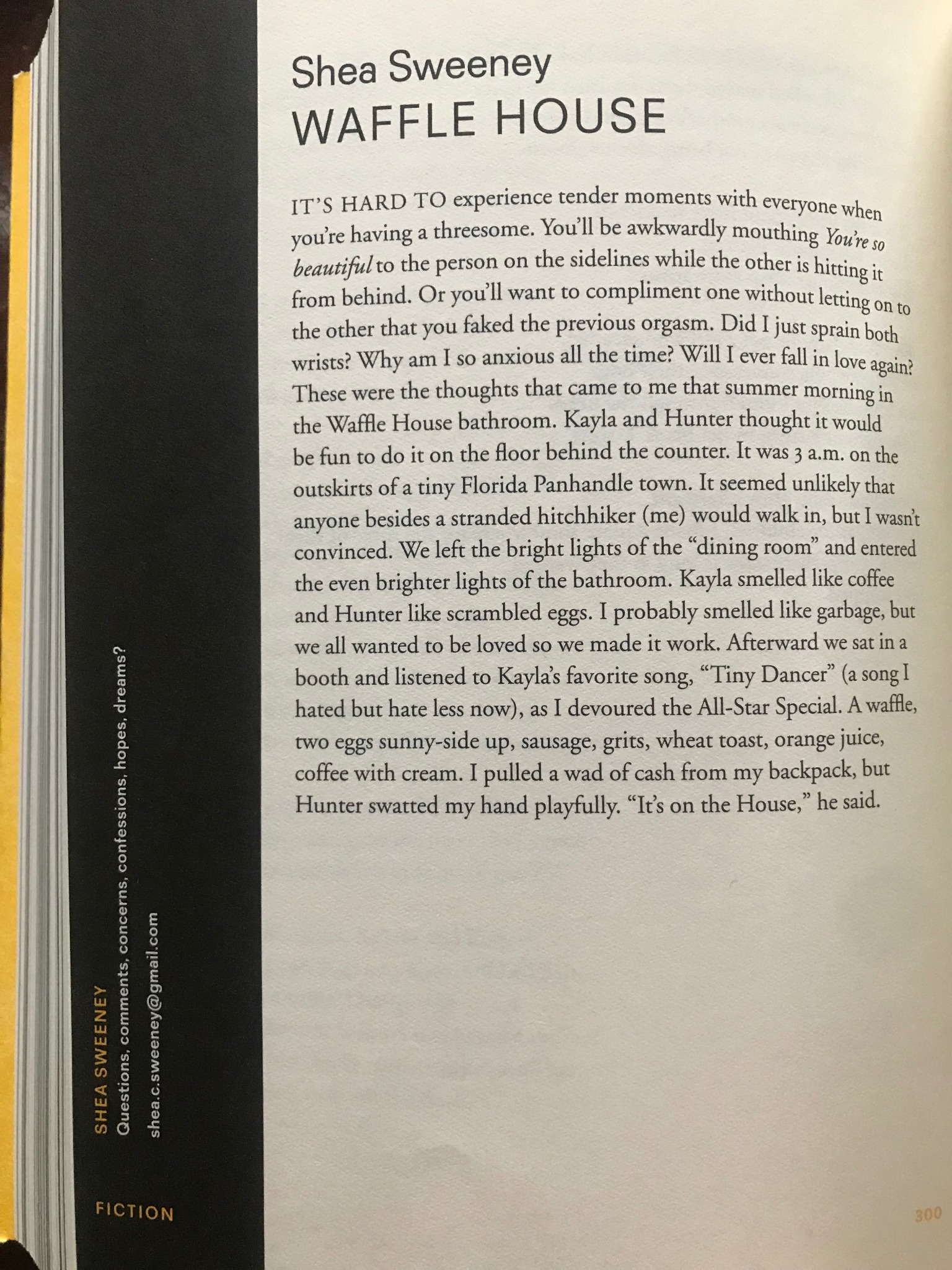 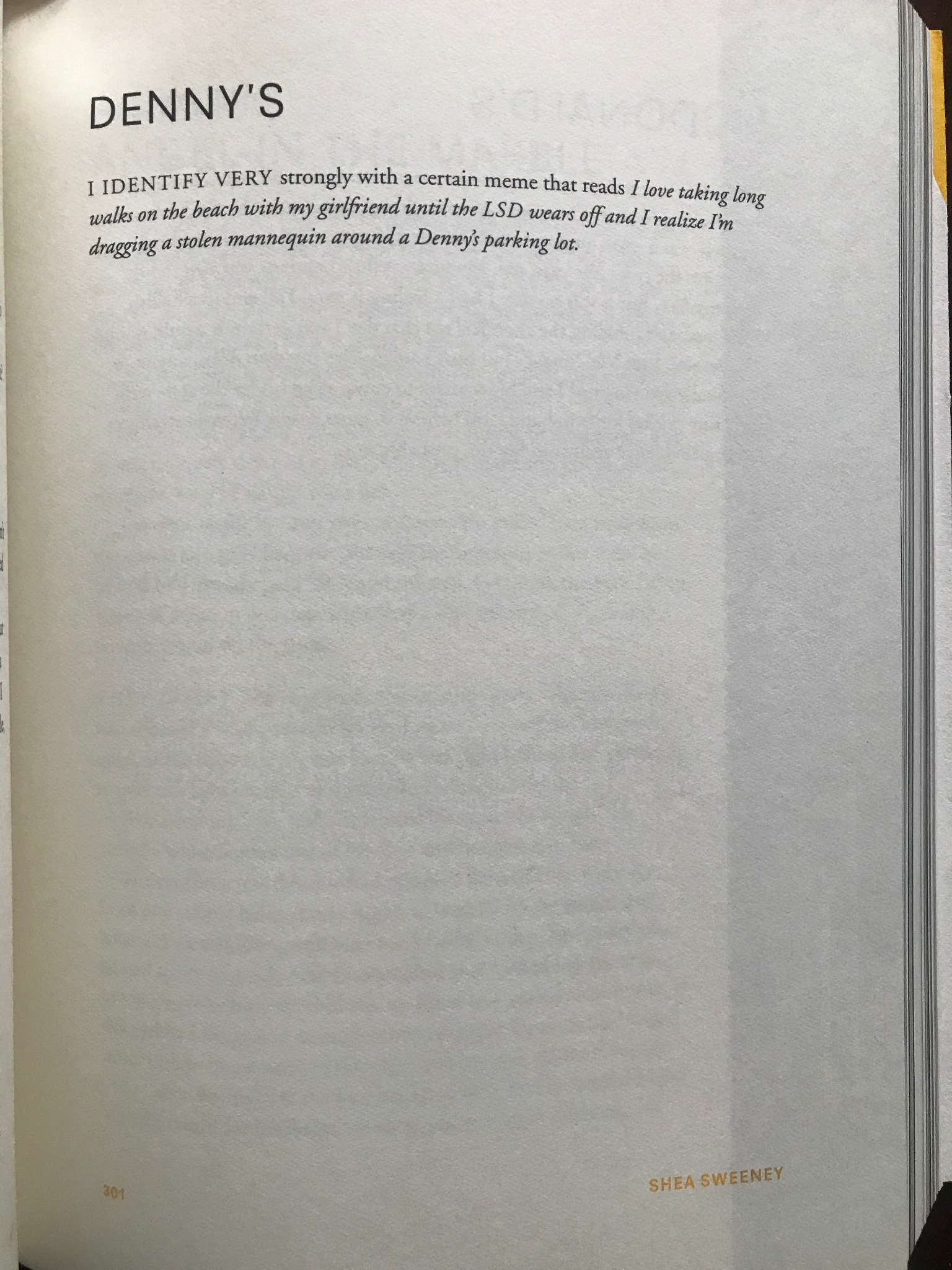 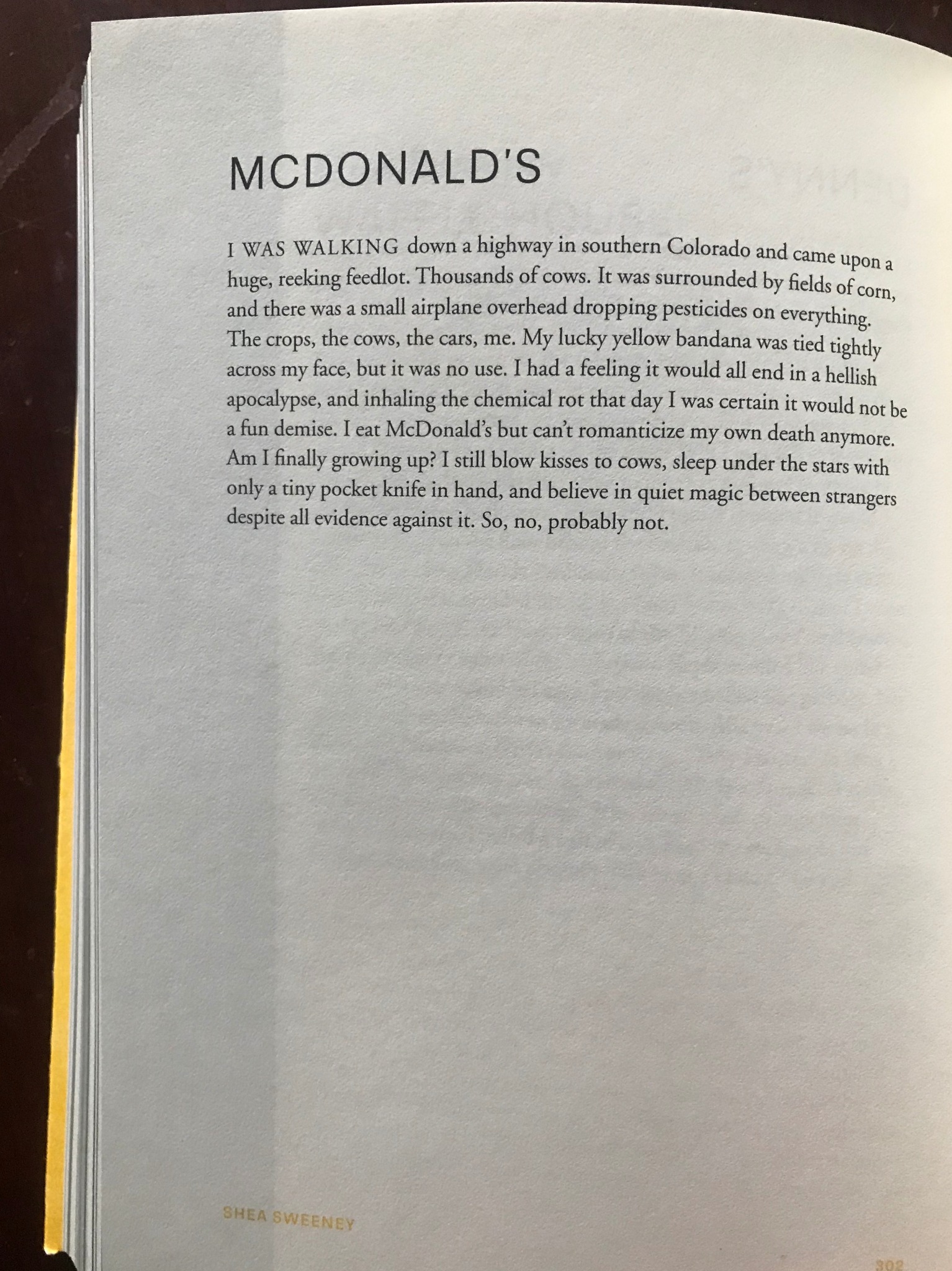 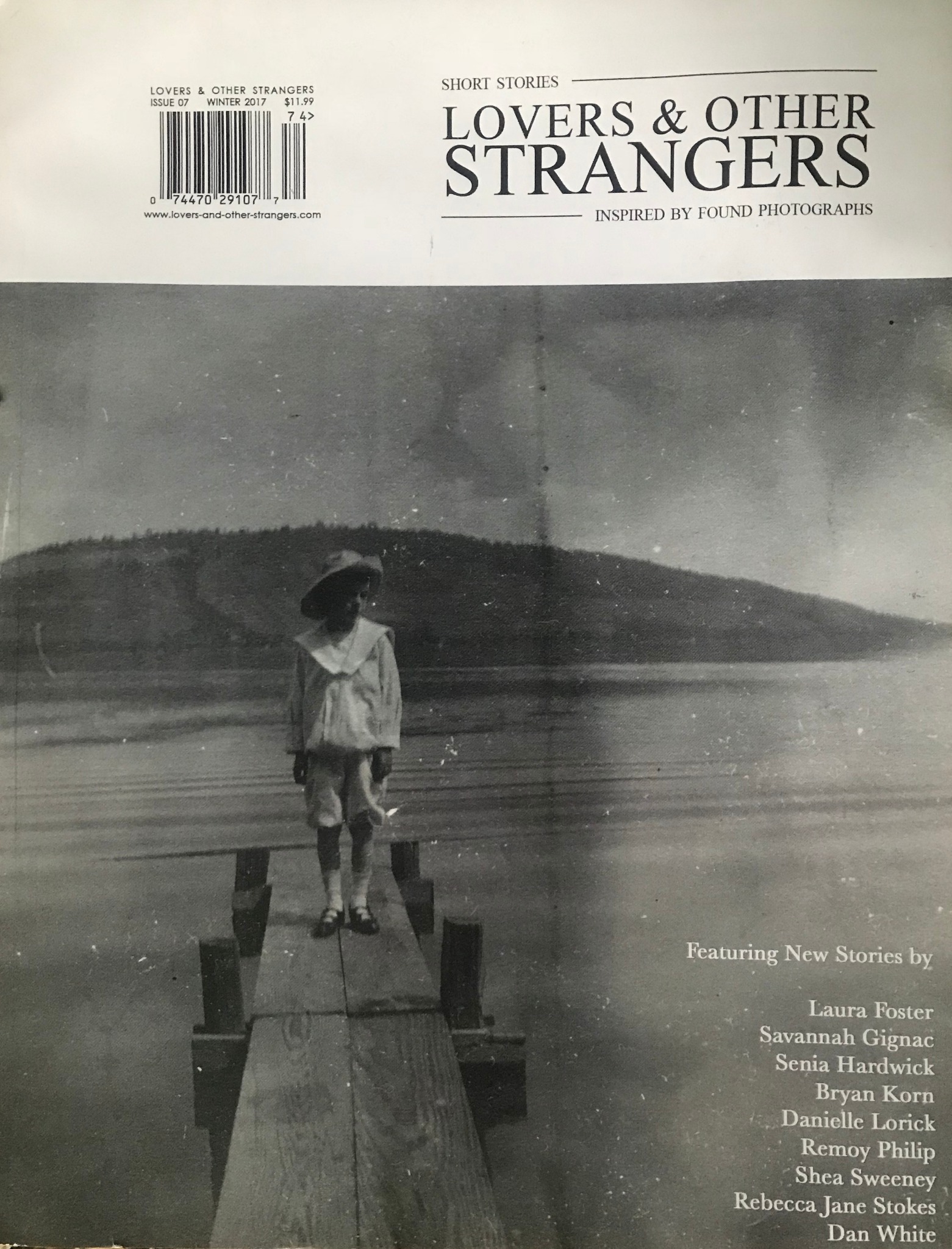 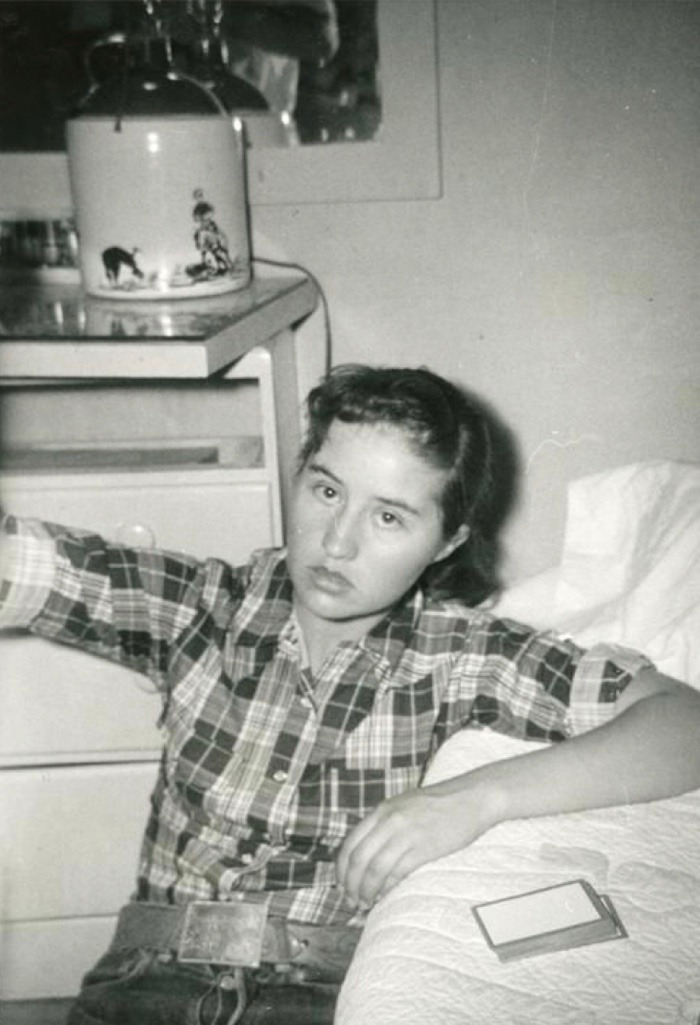 2017 resident at The Growlery in San Francisco